Famous Hindu Temples In Pakistan That Are Also Visited By Muslims Indians faced several atrocities under Mughals as well as Britishers’ rule. Both of them ”ruthlessly exploited” India. It is a well-known fact that Mughals destroyed thousands of temples during their rule in India.

Yes. It’s difficult to believe but still true that the Muslim nation which was once part of India, Pakistan too has some Hindu temples.

However, the country still houses several Hindu temples. Not only Hindus but even Muslims and Sikhs pay homage to them.

Here are the most popular Hindu temples in Pakistan that still exists.

Situated on the Hingol River in Balochistan, the cave temple is also known as the Nani Mandir, Hinglaj Devi, and Hingula Devi. It is one of the Shakti Peeths of Goddess Sati where Mata Sati’s head fall on to the ground.

The place is visited by a large number of travelers from Pakistan and around the world. Hindus call this temple a ‘Shakti Peeth’ or ‘Devi Mandir’, whereas Muslims call it ‘Nani’ or ‘Bibi Nani’ ka Mandir.  A four-day pilgrimage is organized to the Hinglaj Mandir every year in the month of April.

Located in the district of Chakwal, Punjab, the Katasraj Temple is dedicated to Lord Shiva. Though the temple is in a devastated state today, the pond is highly revered. It is believed that bathing in the pond, especially on some special occasions, washes away all the sins of a person.

Located at the Soldiers Bazaar of Karachi, Panchmukhi Hanuman Mandir is a 1500-year-old temple of Lord Hanuman. It is different from the majority of temples as it houses a non-manmade idol of Hanuman. Yes, it’s naturally formed and the statue represents all the five form of deity. People of all caste, creed, and religion visit the temple and pilgrims believe that their wishes would be fulfilled. This was the only temple. which survived the mass destruction of temples in the area.

Jagannath Mandir situated in Paris Road area of Sialkot was built in early 2007 with the grant of 2,00,000 rupees by the Government. The Jagannath Temple is dedicated to the God Jagannath. 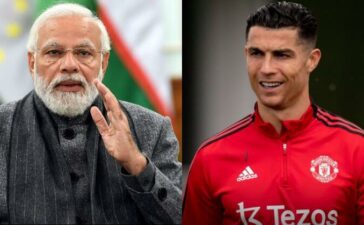