These Amazing Human Are So Extraordinary That It Is Hard To Believe – #4 Is Shocking! 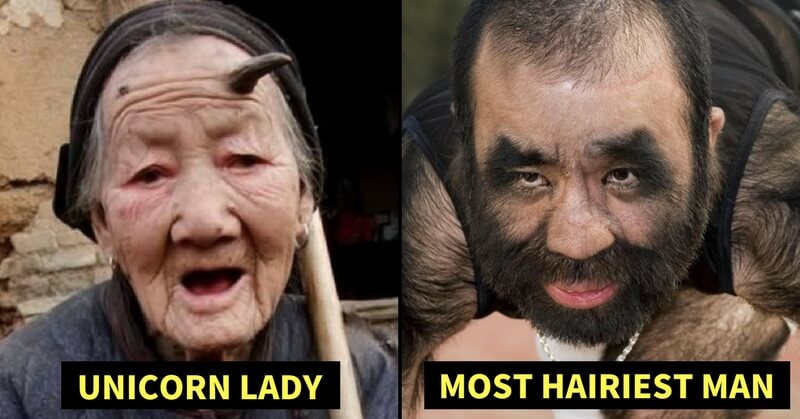 Humans are extraordinary! Be it from scientific development to day-to-day life adaptations, Humans are always one step ahead and are surely living up to their name. Being at top of the food chain, we monitor and rule what goes around but here are a few humans, who extremely extraordinary. Read on!

Julia Gnuse had her first tattoo when she was 35, after being diagnosed with porphyria. This is a rare and incurable skin condition mainly caused by the sunlight. The disease makes the skin to frequently erupt in painful blisters that after bursting get as deep as three-degree burn. Her skin condition made Julia stay indoors all the time because she was feeling ugly and unclean.

So how big is the world’s biggest mouth? 17 centimetres wide is the answer — almost 4 inches. Joaquim has got the biggest mouth in the world! Let’s go A to C here — what other records can he break? I imagine it wouldn’t be difficult for Joaquim to also lock up the “most people simultaneously made out with” world record.

Natasha Demkina’s full name is Natalya Nikolayevna Demkina and she was born in Saransk, western Russia, in 1987. Her paranormal power seems to stem from an operation she had in when she was ten involving the removal of her appendix.

The Berliner has shrunk her waist from 25 inches to just 16 inches by wearing a corset every day for three years – even while sleeping. Despite having a waist smaller than most catwalk models, the slim German says that she hopes to whittle her waist down to a shocking 14 inches.

5. Man With The Longest Moustache

Ram Singh, from Jaipur in Rajasthan state, India, proudly holds the Guinness World Record for the longest moustache with his impressive 18.5-foot long facial hair. Ram, 62, has been growing his moustache since 1970 and spends two hours every day pampering it to ensure its continued growth – but only washes it once a fortnight.