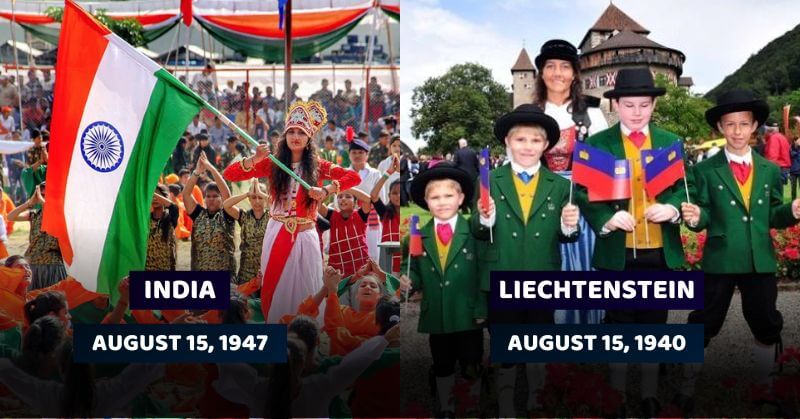 On August 15, India will celebrate the 75th year of its independence. The commemoration of Independence Day serves as a reminder of India’s history of the independence struggle. It also reminds us of the nation’s heroic freedom warriors’ sacrifices. The day also honors and pays respect to thousands of freedom fighters who courageously fought to end 200 years of British rule. However, August 15 is not just a national holiday in India. Few nations besides India also celebrate the day as the birth of an independent nation. These are the nations that celebrate independence day on August 15.

National Liberation Day of Korea is the name of Independence Day in both North and South Korea. It is the only public holiday that both nations observe jointly. On August 15, 1945, the ceremonies of this day were first held. During World War II, it happened when American and Soviet forces put an end to Japan’s occupation of the Korean peninsula. As a result, Korea was split into North Korea and South Korea after three years, just like India and Pakistan.

Regarding their bilateral relations, both countries have close links to India. Additionally, it shares a wide range of interests. India was also a substantial provider of food aid and one of North Korea’s biggest trading partners. Relations between South Korea and India have greatly improved.

British colonial rule over Bahrain similarly came to an end on August 15, 1971. India had been free for more than two decades then. Bahrain became independent after a survey of Bahrainis was conducted by the UN. The British then announced the withdrawal of their troops. A fresh friendship pact was signed between the country and Britain. India and Bahrain get along well. The two nations have political, socioeconomic, military, and cultural ties. Bahrain is one of the nations that has supported India’s application for permanent membership in the UN Security Council. In addition, Bahraini officials have encouraged India to take a more active role in world affairs.

The Democratic Republic Of The Congo

Congo celebrated its Independence Day on August 15, 1960. On August 15, the nation’s citizens commemorate Congolese National Day. This day marked the end of Congo’s 80-year colonial rule by France and its complete independence. India and The Democratic Republic Of The Congo have long enjoyed cordial and amicable relations on a bilateral level. India was one of the first countries to open a diplomatic presence in Kinshasa in 1962.

The sixth-smallest nation in the world, Liechtenstein is located in the European Alps. It lies precisely between Switzerland and Austria. In 1866, it got freedom from German rule. On August 15, Liechtenstein celebrates its National Day. It has a national holiday by merging the Assumption Feast with Prince Franz Josef II’s birthday. At the time, he was the prince in power. India and Liechtenstein established diplomatic relations in 1992–1993. Both countries have kept their good ties ever since.

Jawaharlal Nehru, India’s first prime minister, raised the national flag over the Lahori Gate of the Red Fort in Delhi on August 15, 1947. The current Prime Minister traditionally hoists the flag and addresses the nation on Independence Day.