10 Bollywood Celebs That Got Impressive Talents Apart From Acting Apart from their acting, the Bollywood stars also got other hidden talents. Hence, today we have brought you 10 Bollywood celebs that got impressive skills in other fields.

A source says “Drumming is the best stress busting tool she has”. Pursuing this further, she always heads towards her drumming sets after a stressful work in the studios.

Juhi Chawla was one of the top leading actresses in Bollywood in late 1980s, 1990s and early 2000s. Apart from the acting, she has great, appealing vocal skills however those skills are not that much highlighted.

Mr. Perfectionist, Aamir Khan is utterly interested in chess. Moreover, he had played chess against Viswanathan Anand but eventually lost. Despite his lost, he gained recognition as chess adroit as he impressed the former World Chess Champion.

Besides acting and producing, Riteish Deshmukh is a well known architect. He earned his architectural degree from Kamla Raheja College of Architecture, Mumbai. All in all, he designed the office of Shah Rukh Khan.

Apart from acting, Randeep Hooda is an enthusiastic horse rider. Furthermore, he has won a silver medal at an open dressage event in Delhi.

Akshay Kumar is one of the top Bollywood actors. However, he got some great photography skills that maybe hidden from you. Yes! You have heard it right; Akshay shows his utmost interest in photography.

The ultimate entertainer, Kangana Ranaut is quite fond of cooking. She loves to cook Indian dishes. Moreover, she can make the different variation of many international dishes. Furthermore, she hosts many dinner parties in her home.

This talent of Vivek Oberoi was hidden until someone spotted him writing poem on the set of “Zila Ghaziabad”. He was requested to lend his poems in the movie but he eventually declined it.

We have seen him acting, we have seen him singing but there are other skills in the Actor that are hidden from us. One of them is painting. Ali Zafar has proved that he is the complete package. 10 most expensive cars own by the Bollywood celebrities. 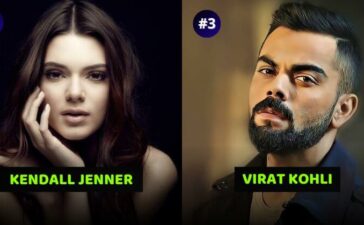