11 Bollywood Biopics Which Got Exemplary Cast And They Nailed It In recent years biopics became a trend in Bollywood. It not only attracts an audience but brings the creative satisfaction to writer and director. Bollywood produced so many biopics based on eminent personalities from various fields.

Most difficult part about making a biopic is finding the right cast for the lead role. Somehow casting directors done some remarkable work and found an exemplary cast.

Here are such 11 films which got exemplary cast

Randeep Hooda proved that why he is on the list of most talented actors of the Bollywood. Randeep went through an amazing transformation to prepare himself for character and eventually delivered the best both in acting and look as well.

Beautiful depiction of Mahavir Phogat’s and his daughter’s life. Dangal made everyone tweaked their eyes when they saw Aamir playing the role of Mahavir Phogat. He not just acted it well but transformed himself to fit in the role.

When we think of sensational Silk Smita no other name comes to our mind other than Vidya Balan. She played it best and justified her casting for the role.

We have seen Arjun Rampal playing several characters like the guitarist in Rock On, a filmmaker in Roy and much more but in his recent film ‘Daddy’ he played the role of popular gangster Arun Gawli and he nailed the character completely and it’s hard to talk about him without mentioning his role in Daddy.

5. The Legend of Bhagat Singh

Before the release of the movie, no one has ever imagined that Ajay Devgan will perfectly play the role of great revolutionary like Bhagat Singh.

Hardly any picture of Mangal Pandey is available but Aamir looks in Mangal Pandey was quite convincing for the role and Mr. Perfectionist played it perfectly.

Brave Neerja Bhanot’s has lost in the Indian history and hardly anyone knew about this fearless girl fighting with terrorists in the hijacked plane. When the movie, Neeja hits the screen, the brave girl finally got recognition. Sonam Kapoor’s career went through some good and some flop movies but no one could have played the better role of Neerja than Sonam and she got all around Appaloudes for her acting.

The way Frahan Played the role of Milkha Singh, he will remain the best choice for all time.

Who could have played the better than Stylish Sushant Singh Rajput? Long hair Dhoni was perfectly painted by the filmmaker through Sushant.

Charles Shobhraj was one of the most sensational serial killers of Indian history. Randeep Hooda was the first and last choice and guess what both looks quite similar.

So these characters perfectly played by famous actors.

Let us know if we are missing any other character which u think was perfect for the biopic.

Also read out some famous facts about your favorite celebrities 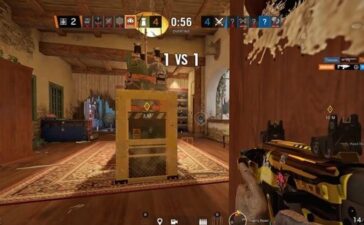