How many of you has a passion to do something? I can bet most of us. But somewhere down the line that passion gets buried when responsibility comes. There are very few who takes their passion to the next level. People who do this will always make a name of themselves. Today we will introduce you to one of that person who is actually a Software techie but did not stop following his passion and now he is rocking with his voice and making people crazy by his voice.

Shaad: An Epitome of Magical Voice 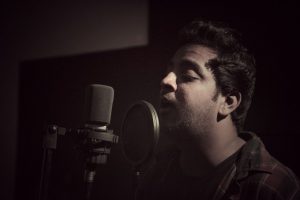 Ahmad Shaad Safwi is a software techie working with MNC at Pune and hails from Shahjahanpur. Shaad finds his interest in singing in 2007 when he was in college and since then he never looked back. Shaad started collaborating with numerous musicians and performing solo as well in live music events since 2012 in Pune. 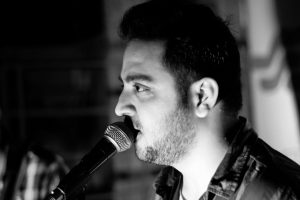 Shaad has his own style of singing and that’s what makes him different from the rest. He likes to sing in different genres. Indie Pop, Acoustic/Unplugged Bollywood Covers and Soft Rock are his personal best. A cover of ‘Akele Hain To Kya Gam Hain’ rock cover in collaboration with Lucknow based music composer ‘Rishit Chauhan’ is a good example for it. He has played in the number of acclaimed colleges, cafes, pubs, and lounges. His song ‘Chal Diye‘ in collaboration with his Bangalore based composer friend ‘Adil Nadaf‘ got featured in MTV Indies.

Let us listen a few of his best

Guys liked his voice. I am sure you all will love it. You can follow him on YouTube and Facebook. He is one of the perfect examples who manages his work and also give equal time to his passion.  We will again cover more such talents through our articles in the near future.

Let us know in the comments below about his work.

Never give up on your dreams because life is one, live it or leave it!